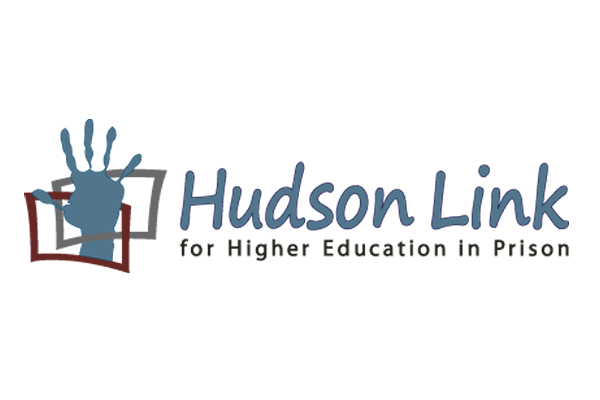 The Hudson Link for Higher Education Logo was designed by Germaine, one of our graduates.

Germaine was the child of a chaotic, dysfunctional childhood. For most of his youth, Germaine lived on military bases across the United States. By age 10, Germaine moved to New York only to experience difficulties that would eventually break his family apart.
“Everything became so unsettled and dysfunctional so fast, the only reactions I could muster were confusion, anger, and fear,” Germaine said. “So I took those feelings and tried to use them as a form of power which was the perfect formula for trouble.”

Germaine’s fear and anger led him down the wrong path and landed him in prison. He realized he needed to change if he wanted to make his family proud. Going back to school for his GED was his first major academic achievement. Germaine’s drive to learn and grow led him to the office door of Hudson Link for Higher Education, where he was given the opportunity to enroll in Mercy College and earn a bachelor’s degree in Behavioral Science. He later earned a Masters degree in Professional Studies from the NY Theological Seminary. It was his involvement with Hudson Link that helped him to become a better speaker, a better writer, a critical thinker, and a better person. Germaine also discovered his skill as an artist while in school, which helped him understand and overcome his feelings of anger and helplessness.

“It was through Hudson Link that I not only learned a wealth of knowledge about human behavior, but a wealth of insight into my own behavior and feelings as well. It was a journey of self-discovery,” Germaine said. “Hudson Link helped me learn to express myself artistically.”

Because of his artistic ability, Germaine was asked in 2011 to design the Hudson Link logo for the newly-launched website. The logo, a hand reaching through a textbook toward a better life, was Germaine’s way of expressing his gratitude to Hudson Link for setting him on the path to the transformative power of education.

Today, Germaine works full time for Bloomberg LP and is a graphic and video editor for Love & Fashion Entertainment. He is also freelance graphic designer for a host of community organizations.