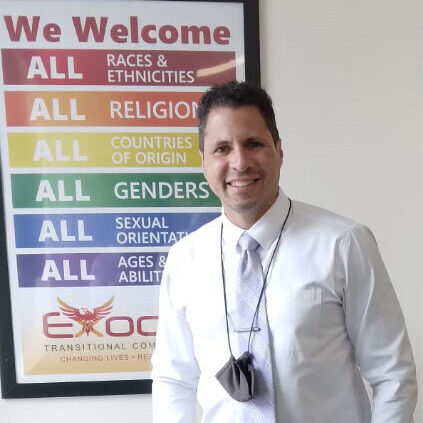 Almost twenty-six years ago I was arrested and subsequently sentenced to 25 years to life. When I arrived at my first of many correctional facilities, I started to believe my life was over. I felt loneliness, and despair, alongside an overwhelming sense of defeat. I honestly felt like the world had given up on me. And so, my long 25 years of incarceration began with a sense of rebellion, and unquenchable tragedy. But my life story did not end there.

I do not seek sympathy or sadness for the telling of my story. I pray for understanding not of where I came from, but how I got here. The first eleven years of my incarceration were long and painful and became a testament to anger and despair. I saw college opportunities and rehabilitative programs taken away or backlogged with waiting lists I could not reach. It felt like I was met with obstacles and rejection every time I tried to attain some semblance of normalcy. Resignation to my fate was my only option, until I learned better.

In 2007, I was transferred to Sing Sing Correctional Facility. It was not my first choice, but at the time I didn’t even care about choices. At Sing Sing, I learned about Hudson Link while mopping and sweeping floors in the school building. I applied for the college program and waited for a reply thinking I would never receive one. While working, I approached the office and was surprised to meet Ms. Mohammad and her office clerk at the time, Mr. Duncan. I was greeted with a level of respect I had not encountered before and was welcomed instead of dismissed. Shortly after, I became a student. Through education and the dedication of both classmates and teachers, the anger and helplessness melted. Each new class brought insight into my life; I began to see possibilities for the future, and the despair faded away.

Fifteen years later I was released holding a bachelor’s degree and a master’s degree! The world was very different from the one I left almost twenty-six years ago, and I was nervous but happily not afraid. I was not afraid because I was released with an arsenal of knowledge and an army of friends and family blessed to me from Hudson Link. This amazing family did more than provide a pretty diploma, they gave me hope, wisdom, and a place to call home.

Some would think the story ends there, but the journey, the learning, and the commitment and family support from Hudson Link never end. I am currently a resident at Hudson Link’s New Beginnings transitional housing program, and I can honestly say that what began in 2007 continues to this day in every life I touch, every word I speak, and every action I take. Hudson Link did more than bless me with an education, they blessed the world with someone desperately needed. I am happy to meet the challenge.

I know firsthand that my journey could have been a lot different had it not been for Hudson Link, and I encourage you to continue believing in and giving to the work that Hudson Link does for our students. I know that when someone feels empowered, they start to believe in themselves. With your support, we can ensure that our students flourish in 2023 and beyond.

The 2022 Spring Benefit Award Winners Are……

This Giving Tuesday, Give Comfort

5 Things Hudson Link is Thankful For