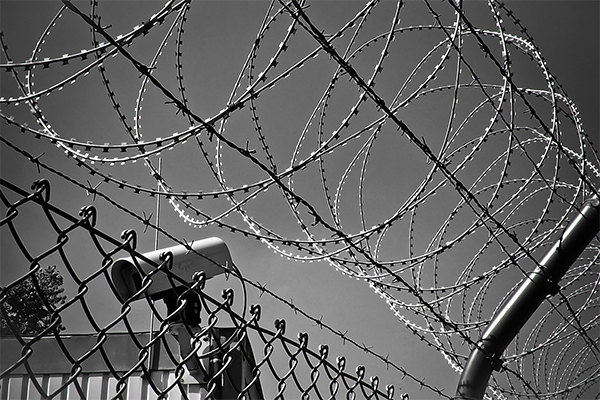 by George Will, National Review

Sparkling in the sunlight that inspired 19th-century romantic painters of the Hudson River School, Sing Sing prison’s razor wire, through which inmates can see the flowing river, is almost pretty. Almost. Rain or shine, however, a fog of regret permeates any maximum-security prison. But 37 men — almost all minorities; mostly African Americans — recently received celebratory attention. It was their commencement — attended by Harry Belafonte, 90, and the singer Usher — as freshly minted college graduates. Their lives after prison will not soon, if ever, commence, but when they do these men will have unusual momentum for success.

Most of the 2.3 million people now incarcerated in America will return to their communities, and few will have been improved by their experiences inside. It is said that a convict’s successful reentry into society begins the day he enters a correctional facility, as prison administrators prefer to call their institutions. But the criminal-justice system is failing to accomplish lasting correction: More than half of released prisoners are arrested again in the first year, more than two-thirds within three years, more than three-quarters within five years.

The odds are dramatically better for the 37 men here who received bachelor of behavioral-science degrees or associate’s degrees conferred by Mercy College from nearby Dobbs Ferry. Graduates from Sing Sing’s Hudson Link for Higher Education in Prison program have a 1 percent recidivism rate.

This is partly a function of self-selection: There is a long waiting list for admission to the program, and those admitted pay $10 tuition per semester, funded by their prison wages of 18 cents an hour. Some have not been in school for 20 years. All are motivated.

Sixty-one percent of America’s inmates have less than eight years of education. An often insuperable impediment to post-prison success is the scarcity of jobs for formerly incarcerated people whose years since their truncated schooling have been barren of the attention and instruction that could give them the manners and skills necessary for life after institutionalization. However, 95 percent of Hudson Link graduates have jobs within six months of their release. One just received a graduate degree from Columbia University; another just began post-graduate study there. Thirty miles downriver, a significant number of New York City social workers are formerly incarcerated people who know the temptations of, and the tolls taken by, bad choices. That phrase, “bad choices,” is spoken often by those inmates who, by affirming their agency — their capacity to freely choose their behavior — are halfway home.

Hudson Link’s executive director, Sean Pica, is an ebullient 48-year-old who, convicted of manslaughter at 16, was incarcerated for half of his first 32 years. He was close to earning a degree while in prison when, in 1994, Congress, in a punitive act, banned Pell Grants for inmates. So Hudson Link, a nonprofit, was created with the support of donors like Doris Buffett, whose brother Warren has attended a commencement here. Hudson Link now operates in six New York prisons with eight college partners. The Sing Sing class of 2017’s valedictorian, deftly quoting Franz Kafka (“There are some things one can only achieve by a deliberate leap in the opposite direction”), William James, and Frederick Douglass, said to his classmates, “We are better than we were but not the best that we can be.” Most inmates in the Hudson Link program are acquainted with Langston Hughes’s 1951 poem “Harlem”:

What happens to a dream deferred?
Does it dry up Like a raisin in the sun?

The poem concludes:
Maybe it just sags like a heavy load Or does it explode?

The load of 37 pasts that were strewn with explosions was lightened for this year’s graduates as they flipped tassels from the right to the left sides of their mortarboards. To the strains of Elgar’s “Pomp and Circumstance,” they marched as college graduates in their academic gowns to join their families for lunch, as an inmate on the kitchen staff called out, “You’ve not had chicken until you’ve had chicken at Sing Sing.” It did not disappoint. Film festivals’ awards have been showered on Zero Percent, a movie about Hudson Link, in which a Sing Sing inmate, speaking to and for a prior year’s graduating class, says that the program’s purpose is to make sure prison is “not a landfill but a recycling center.” Many such men have done terrible things, but it would be terrible to ignore the capacity some have for regeneration.